I tried to take the 'devil's nose' train ride on the way to Cuenca from Riobamba (first word Rio, spanish for river; second word, bamba, Quechua word for 'plain' - so, the river on the plain, and so it is). The train was lovely, very old, and rattled along through some stunning landscape, and I saw many 'campesinos' (country people, indigenous people) working in the fields, some of which were located at alarming angles - every inch of viable land is used here, right up to the top of a mountain if necessary, not like at home, where a wussy little hill is considered too steep to utilise for crops. Sadly the train wasn't going as far as the actual devils nose that day, which is apparently like a sort of roller coaster, with enthusiastic tourists sitting on the roof until two japanese tourists were decapitated 8 months ago - something to do with an electric line, and standing up at the wrong time - so now it's forbidden. I was happy enough to sit inside. It's pretty touristy - probably the most touristy thing I've done here - but it was very interesting and picturesque. The landscape changed all the time, and I saw the huge (extinct) volcano, Chimborazo, the highest volcano in Ecuador, even higher than Cotopaxi. 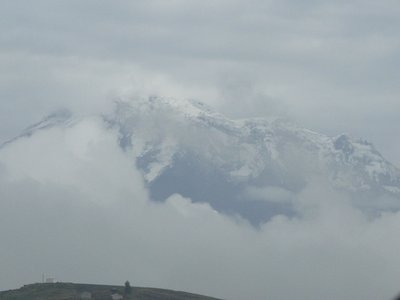 That was pretty breathtaking - you could feel the icy wind sweeping down from its majestic flanks and across the plain and hills.

I got out at a hill town and caught an express bus on to Cuenca. The bus ride was scary in the extreme. The only consolation was you couldn't see very far as we were in a cloud most of the time, but that meant the driver couldn't either....whenever I raised my head to look out, we seemed to be on an extreme corner, with plastic tape on it, saying 'pericoloso' which means danger, and lots of little white crosses...which means others had gone over right there. I usually just put my head down again - I think all those bus rides to and from Quito to the reserve have steeled my response. 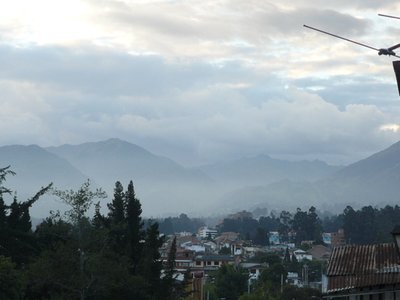 Cuenca is a really magnificent southern colonial town, where the Spanish left a beautiful legacy, although they pillaged most of the superb Inca treasures. There I lived for 10 days with a Cuencan family, and took spanish classes every day for five hours. I was so glad I decided to do this in Cuenca rather than squalid, sprawling, chokingly polluted Quito, which I had come to hate. Cuenca is completely different to quito, very old and the people are lovely, and very proud of the 'patrimonial status' of their town, which basically means it´s preserved, protected, listed, etc, and is Ecuador's cultural centre. It's a noisy, bustling town, full of character and interest. 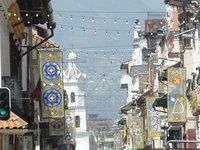 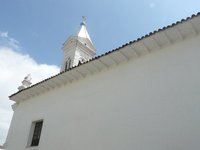 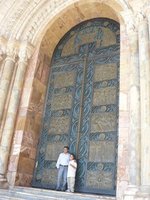 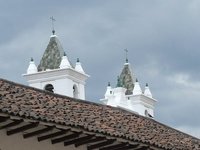 Part of our city tour was a visit to a Panama hat factory (a small artisan affair, not a commercial outfit really).
Did you know the Panama Hat is in fact Ecuadorian? It has always been made in Ecuador. What happened was that the workers constructing the Panama canal were being burnt by the sun, so they commissioned hundreds of hats from Ecuador. Then the name Panama stuck. Some of them are very fine and beautiful. They can take anything from 2 days to several months to make (all by hand) - it's all in the finishing process. And they cost from $15 to $300. The fine ones feel like silk to the touch. No, I didn't buy one...too much trawling around the world still to do. 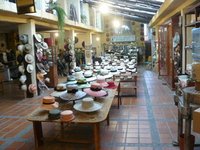 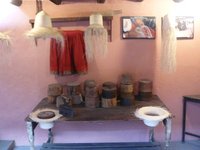 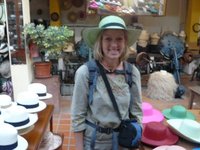 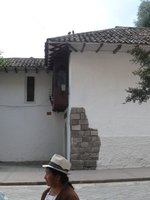 I was in Cuenca for an extremely important day in the history (once again) of Ecuador. The 20th, that's right, 20th constitution was signed in December by Rafael Correa, the rather dishy president of one year's duration now - presidents change here like the climate, so a year is long. Ecuador has a chequered past, specially in relation to its presidents. 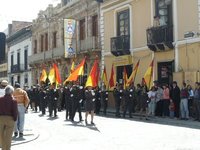 Also, Alfaro's remains (or part of them) were finally taken from where he had been buried in relative ignomy, and placed with full military honours in a new resting lugar, in Manabi, on the coast, now to be known as Ciudad Alfaro. He did more for Ecuador and its development in terms of human rights and womens' issues than any president - did you know that Ecuador has had divorce since 1822? It is unbelievable that a country which has so little in other ways, and which, like Ireland, has no legal abortion, and which is in thrall to the Roman Catholic church, also like Ireland for so long (and which has had wars with its neighbour, Peru, for centuries, also like Ireland and England's history). There are many similarities, but far, far more corruption here - extraordinary, but so interesting. There is very little here that can't be solved with dinero.....or, as it's called 'a little something for a cola'. Passed into the right hands, it can get you what you need. The oil and banana barons of Ecuador do very nicely, as evidenced by the glitzy new shopping malls springing up in Quito, and the gleaming SUVs parked outside their designer-shop doors. Come to think of it, maybe Ecuador is not so very different to Ireland in this way either... 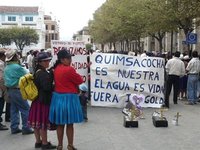 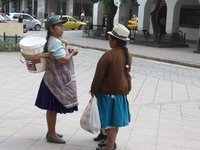 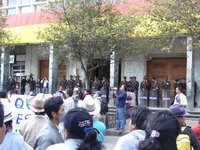 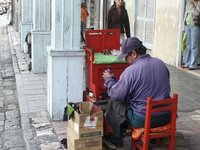 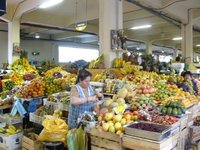 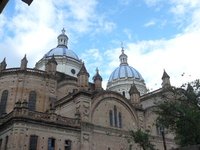 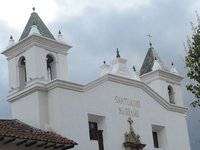 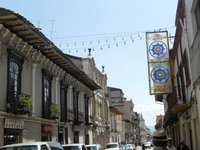 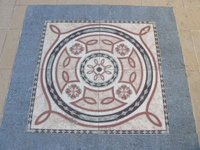 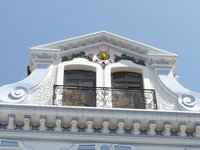 I enjoyed my time in Cuenca, living with Eulalia, Victor and their three college-going girls. The house was busy and cheerful, and I was made to feel right at home. Conversation (en espanol, por sopuesta) was plentiful and mutually interesting, as we exchanged information about our countries and lifestyles. The Benitez family were typically hot-blooded Ecuadorians, and I enjoyed listening to Lala going off on a rant when something annoyed her (usually to do with Cuencan administration). On the 1st of December, she started to decorate the house for christmas (so refreshing for someone who hails from a country where the commercial hype starts up in October, and Ecuador is a Catholic country too!). Lala was very talented, and had made some beautiful paper mache saints and other seasonal figures to decorate her home with. 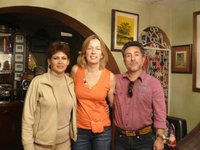 My stay in Cuenca was over all too quickly and, armed with marginally better spanish, I continued my route south to Vilcabamba, almost at the very bottom of Ecuador, still following the Andean way. 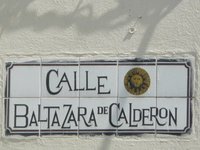 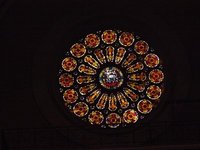